9 Playground Games for Kids to Enjoy

Playground games make recess, physical education classes, and afterschool playtime fun for kids. More than fun, however, there are some really good researched-based reasons for implementing some creative playground games. While exercise is vital in today's world where people of all ages suffer from being overweight, playground games also help with important social skills, motor skills, and sensory development.

In organized playground games, children learn teamwork and essential cooperative skills like negotiation and compromise. It gives them a chance to practice communication skills, both verbal and non-verbal, while working together with peers to win the game. Along with social skills, they also reinforce physical skills by using their bodies. They develop a sense of the physical universe by manipulating the tools of the game such as balls, hoops, and other toys.

Why Playground Games Are Good for Kids

Children need exercise. The U.S. Center for Disease Control and Prevention says that childhood obesity affects 13.7 million children in the United States. That's a shocking 18.5 percent of kids between 2 and 19 years of age. The center's research shows that both behavior and community environment contribute to the problem of childhood obesity. It's not just about what kids eat. It's also because activities like screen time (smartphones, computers, and tablets) and TV have taken over more and more of a child's daily activities. The study also shows that children exposed to environments that support healthy habits like physical activity are less likely to be obese.

The school playground can be a stressful place for a child. Bullying is prevalent among children and always has been. Organized activities and playground games eliminate loosely structured free time that can lead to bullying and other negative behaviors. They also teach kids to interact appropriately with both groups and individual children.

Gross motor skills refer to using the muscles in the arms, legs, torso, and feet. Examples include walking, running, kicking, and throwing a ball.

Sensory development helps children process information from their environment and their bodies so that they can organize sensory input and learn to respond appropriately. Examples include changes in direction, changes to balance, and starts and stops in motion.

Most people are aware of tag, Red Rover, hide and seek, and similar classic games. We've done extensive research to try to find some exciting and fun playground games that go beyond the classics. Some of the playground games on our list originated in other parts of the world. This list will provide you with the unique opportunity to teach kids about other countries and cultures, too. We've made an effort to list playground games that don't require equipment.

Stuck in the Mud

This playground game originated in Scotland. Form two teams. The children on one team are the "catchers," and the children on the other team try not to get caught. When a child gets caught, he has to stand with his legs apart and his arms outstretched as he waits for another member of his team to run under his arms. He is then free. The game continues until everyone on the other team is captured. The two teams then switch roles.

Stuck in the Mud is great for teaching teamwork.

This fun playground game originated in Australia. It's similar to the popular America playground game "Red light, Green light." A child plays the role of Mr. Wolf, and the other children stand about 30 feet behind Mr. Wolf. Mr. Wolf has her back turned to the other children as they ask "What time is it, Mr. Wolf?" Mr. Wolf then replies with a random time like "two o'clock." Whichever child asked the question then takes two steps closer to Mr. Wolf.

At any point in the game, Mr. Wolf can reply "It's dinnertime!" Mr. Wolf then turns around and tries to tag any child while they try to run back to the starting line. When a child is tagged, he becomes Mr. Wolf, and the game continues.

Statues helps teach kids about art and history. This awesome game originated in Greece. A child stands with her hands over her eyes and begins to count. She has to count to at least 10, but any number beyond that is fine. When she reaches her target number, she opens her eyes and yells "statue!" The other children freeze in place where they are standing and take the pose of a famous statue that they have seen. The Statue of Liberty is one example. If any "statue" is moving, the child who is "it" can tag that child and then they are out. The "it" child then uses words to try to get the other statues to move in any way or laugh.

This playground game is a great activity to play after kids have been studying art or after a trip to a national monument. It reinforces the things they've learned.

This playground game is called Ounch (up) Neech (down) in Pakistan, where it originated. You can play this game with the original Pakistan words if you'd like to use the game to add a language lesson to the fun.

In the game, one child is "it." He yells "up" or "down," and the other children freeze in place wherever they are. If the child yells "up," being "up" is not safe. An example: if a child is on playground equipment or on top of a tree stump or bench, that child is "up" and therefore out of the game. If the "it" child yells "down," anyone who is standing or sitting on the ground is not safe and are out of the game. The last person standing is now "it."

You can add the tag element to Up and Down by having the children chase and tag the children who are unsafe. This can make the game more active and allow the kids to get in some extra movement.

Mother, May I is a classic game that most adults played as children. One player is the "Mother" (or "Father"), and the other children take turns asking random questions. Examples include "Mother, may I take two steps forward?" and "Mother, may I take a GIANT step forward?" Mother then replies "Yes, you may." Alternatively, Mother can reply with "No, you may not, but you may take __ steps instead."

This helps to teach kids politeness, kindness to other children, and manners. It also teaches creativity as children try to come up with interesting questions to ask Mother.

One child is "Simon." Simon starts the game by saying "Simon says, take one step forward (or other action)." All of the children who aren't Simon must do as Simon says. If Simon requests an action without saying "Simon says" first, any children who perform the action are "out." The winner is the last child still in the game.

Shadow Tag is a great alternative to tag because it doesn't involve touching another child. As noted below, tag is banned by some school districts.

In Shadow Tag, whoever is "it" tags another child's shadow by placing their feet in the child's shadow. That child then becomes "it." A clever twist is that a child can run to a shady place, under a tree, for example, where he has no shadow. He can then evade whoever is "it."

Assassin, sometimes called by the cringe-worthy name "wink killer," is a playground game best played with a large group. To play, have all the children sit on the ground in a circle with their legs crossed, their heads down, and their eyes closed. A child walks around in a circle and taps one child on the shoulder (gently, please!), ignoring the others. Whichever child gets a tap is "the assassin."

If the word assassin makes you uncomfortable, you can use the word "Sandman" where eliminated players take a pretend nap when they put their legs in the circle.

Hot Potato is the only game on our list that needs a piece of equipment, but it can be anything. A small ball, a handkerchief, a balloon, or even a stick. Pull the children into a circle and pass the object around while the teacher sings a song or plays a song on a device. The teacher stops the music abruptly, and whichever child is holding the object is out of the game. It's a fair game because everyone is eventually out. This one can get a little frantic, so your "potato" should be something relatively soft.

A Few Classic Playground Games That Are Commonly Banned

You may be surprised that some of the playground classics you enjoyed as a child may be banned today. Some of these are common sense, while others are a bit surprising. It's always best to talk with your local school's administration to see if they have banned specific playground games and activities at your school.

The Care and Keeping of You 2

The Care and Keeping of You 2: The Body Book for Older Girls
Check Price

To play Red Rover, two chains of kids hold hands and face each other. One team chants "Red Rover, Red Rover, let Susie (or whoever) come over!" Susie then runs and tries to break the chain by running through a pair of hands. Here's the problem with the game. According to a Standford, California, children's hospital, 3.5 million kids get hurt playing games like Red Rover every year. Check with your school administration to make sure it's OK to play Red Rover.

What to Do When You Worry Too Much

What to Do When You Worry Too Much: A Kid's Guide to Overcoming Anxiety (What-to-Do Guides for Kids)
Check Price

Dodgeball falls under the cringe-worth category of "Human Target Sports." Think about that for a minute. The goal of the game is to hit another kid as hard as you can with a ball. The National Association for Sport and Physical education said that games like this encourage bullying.

Listening to My Body 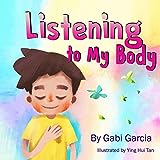 Listening to My Body: A guide to helping kids understand the connection between their sensations (what the heck are those?) and feelings so that they can get better at figuring out what they need.
Check Price

It's hard to imagine the teacher who would want her kids to come in from recess covered in wet snow, but just in case you get the idea for snowball fights, just know it is banned by many schools. It probably actually falls under the whole "human target" thing, too. 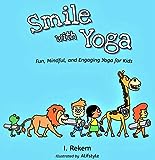 Smile with Yoga: Fun, Mindful, and Engaging Yoga for Kids (and Their Parents)
Check Price

Some schools have banned Cops and Robbers because it involves imaginary weapons and villanizes some kids.

A Healthy Guide To Sport

A Healthy Guide To Sport: How To Make Your Kids Healthy, Happy, And Ready To Go (Ironman)
Check Price

In Oregon, Wyoming, and South Carolina, tag is banned because it can lead to pushing, slapping, and hitting. Some schools have reversed their decision after public outcries. Tag is fun and usually harmless. However, there are always overzealous kids who can ruin a good time for everyone else.

This classic playground game is banned in some schools because it involves hitting other children on the head. Some say it also encourages bullying.

Get Your Game On

Did you find your favorite game in this list, or perhaps a new unique one to play? In addition to these games, there are some great games that require some equipment. For example, tug of war and cat's cradle. With a combination of different playground games, you're sure to find some that meet the needs of the children in your charge, whether you're a parent or teacher. Happy playing!